Over the last year I have begun working closely with clients living in Geelong’s disability care system. I’ve found the treatment plans have been liberating for my clients, who are often living in frustrating and complicated situations and it’s been a learning experience about how treatment is not just about pain.
While the treatment is designed to help with debilitating pain or restricted physical movement, I’ve found my clients have experienced benefits beyond the pain I am treating. By easing the pain through Myotherapy and Bowen, my patients’ carers have told me how their charges are calmer in the days following treatment and sleep better.

An added bonus is that this has helped the patients to enjoy and look forward to their regular session with me!

It’s a reminder that treatment goes beyond the physical element and it’s a pleasure to help such a widely affected part of our community. A number of years ago my mum was diagnosed as suffering from severe carpal tunnel syndrome in both wrists and surgery was recommended as the only solution. As is usual with this condition, each surgery is performed independent of the other so that you still have the use of one hand while the other recovers.

After the first surgery, I spoke to a colleague and we looked into some treatment methods that could assist my mum as she was now entirely restricted to using one hand while the other recovered.

The treatments I conducted were short, simple and irregular as my parents live four hours away from Geelong. To try to help when I wasn’t around, I taught my mum some self-treatment options and the effect on her usable hand and wrist was almost immediate.

It’s now many years later and the surgery which was scheduled on the second side was never required. I’ve since had clients travel from my parents’ home town to see me for the same problem, and they’ve had similar results. 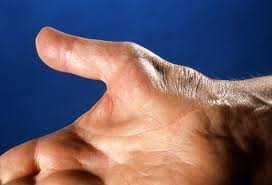 This is no miracle cure, but a demonstration about how giving a natural remedy a go can make a big difference. It won’t be the case for everyone but sometimes it doesn’t hurt to try. If this hadn’t worked for my mum she would have had the second surgery; but thankfully this time it wasn’t needed.